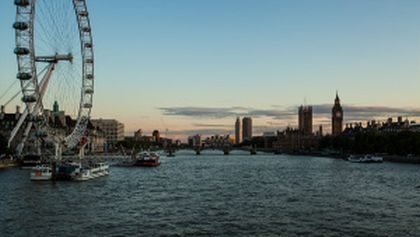 Time lapse pan from London Eye on south bank of River Thames to Houses of Parliament through sunset from the Golden Jubilee Bridge. Zoom in to Big Ben at end. 20 seconds