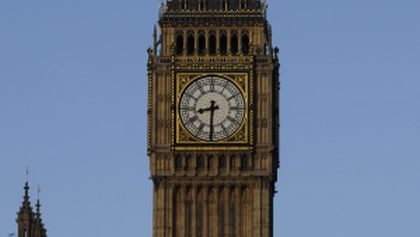 Big Ben London time lapse of the clock on the North Tower of the Houses of Parliament in London. The time lapse covers 15 minutes. 33 seconds