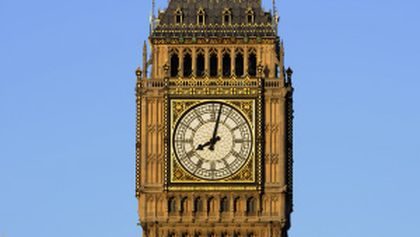 Timelapse of the clock on the North Tower of the Houses of Parliament in London. Better known as Big Ben. The timelapse runs for an hour from before dawn to just after 8 o’clock as the sun lights up the clock face. There is a change of timelapse speed at the top of the hour. 29 seconds