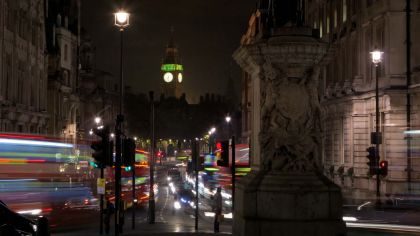 The clock tower of the Houses of Parliament, known as Big Ben, at night. Filmed from Trafalgar Square and looking down Whitehall the centre of United Kingdom Government. Traffic flows through the road including black cabs and red buses. 9 seconds