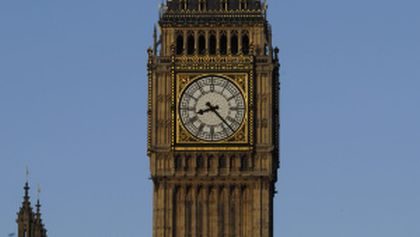 Time lapse of Big Ben on the North Tower of the Houses of Parliament in London at sunrise. The camera tilts down to the face, holds, then tilts down again. 30 seconds duration