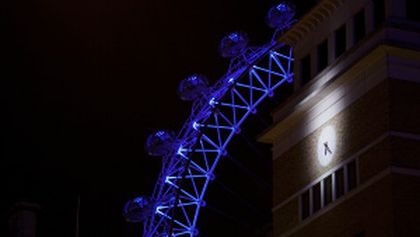 Timelapse of the London Eye in the centre of London, England at night. Filmed over 20 minutes in February 2012. The clock in the foreground is on County Hall the former building of the Greater London Council or GLC. 9 seconds